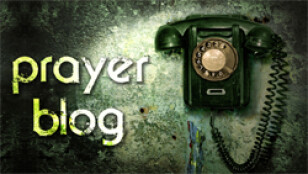 2 Corinthians 10:1-18 In this week’s passage, the apostle Paul returns to the accusations made by his opponents in Corinth. The Judaizers and their followers said that Paul was a hypocrite and a coward, that he walked according to the flesh, that he was on a power trip, that he was ugly and a boring speaker, and that he was braggadocious. Pastor Todd used the passage to teach us what to do when we are criticized or accused. The instant reaction of our flesh is to be hurt and shut down or to get angry and fight back. Instead, take the accusations to the Lord. Ask Him, “Is there any truth in this?” Depending on your personality, you might jump to the assumption that all of it is true or none of it is true; let God sort out truth and lie. Also ask, “Is the issue important in Your eyes or not?” Paul didn’t respond at all to the criticism of his physical appearance because he knew that was not important to God. If you are in Paul’s situation right now – the target of what seem like mean accusations – take them to the Lord as Todd suggests. If not, ask the Lord to help you internalize this instruction so that you can recall it the next time you are. “Take every thought captive” is a verse many of us know. Todd gave us a practical example from the verses quoted in the sidebar. When accused, we think, “So-and-so is against me!  So-and-so is my enemy.” Taking that thought captive, for Christ, may reveal to you that the enemy is Satan and that So-and-so is just his witless tool. The real battleground is spiritual, not whatever worldly issue the person raised. Ask the Lord for the discernment and ability to fight the real enemy with the appropriate weapons.  As I listened to Todd, I couldn’t help but think of the other side of the coin – the times I have been the accuser, in the role of Paul’s opponents. When I feel the urge to criticize or accuse another person, what might taking that urge captive and bringing it into submission to Christ look like? It might lead me to a commitment to pray with sincerity for that person over a sustained period of time before opening my mouth. Time before the Lord will reveal my true motives. The Holy Spirit can teach me whether I really have a “case” and how I might pursue it constructively. Lord, the next time I open my mouth to say something unkind, help me to shut it – even in the heat of the moment – and purpose to pray instead. Calvary Family As the pandemic and shut-down restrictions continue, pray that we Christians will not contribute to the increasing polarization of our society. It can be hard to listen with genuine respect to a person whose opinions differ from yours. I have had to bite my tongue and adjust my attitude more than once as I’ve discussed the news with my mother, who thinks COVID-19 is over-hyped nonsense.  Lord, help us to respect others in all situations. Enable us to disagree without impugning others’ motives, character, or intelligence. Kathy Haberer contacted me last week to share that she and Dave are moving to Portland next weekend to live near their daughter and her husband. Kathy wrote, “We want to say thank you to everyone for welcoming us so warmly into the church family. Although our time here has been short, we have loved attending Calvary and will miss our many dear friends.” Let’s pray for Kathy and Dave as they make this move and settle into a new home. The latest post on Calvary’s Fostering Hope Facebook page offers a 4-minute video by Jason Johnson of the Christian Alliance for Orphans. He develops a paraphrase of James 1:27 (the “widows and orphans” verse), which is, “One of the purest and most undefiled demonstrations of the gospel is to see hard places and broken people and move towards them, not away from them.”  Watch the video and then spend time in prayer, asking the Lord to lead you to whatever “something” He wants you to do for foster children and families. Ask Him to raise up people within Calvary and the church at large to display the gospel by caring for abused and neglected children. Thank you for praying for Jim and Lynette Hatcher. They have decided to push their planned U.S. trip back to February 4 – April 7 of next year. Jim wrote, “God has clearly led us. So here we will stay for now.”In Christ,Carol GilbertCalvary Community Church of BreaP.S.  This is the last edition of the prayer blog until the fall. May the Lord bless you and keep you and shine His face upon you during the summer months.